Share Your Screen From Any Device on All Platforms - Browser or Native!

For security reasons, iOS and Android only allow access to the window of the application, so sharing is limited to that level in those environments. Web browsers and native desktop applications can share their entire screen.

“As our own natively written WebRTC stack, IceLink has always been fully customizable as to where media is captured from and where it is rendered to, even allowing you to write your own custom providers,” said Ted Venema, VP of Business Development. “What we have now added is an 'out-of-the-box' video provider that captures screen images and sends them through standard IceLink WebRTC connections.”   The release of screen sharing will complete the functionality being delivered as part of the IceLink 2 series of releases. IceLink 3 has now begun development and will include a number of new features including H.264 support and “out of the box” recording capabilities. 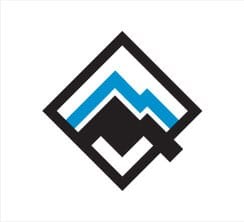 Started in 2008 and having grown to over 300 customers in 47 countries worldwide, Frozen Mountain provides cross-platform, licensed Real Time Communication (RTC) SDKs and RTC services that allow your organization to incorporate WebRTC audio/video streaming and mixing, selective forwarding, call signalling and much more into your applications.